Note: This is the second part of the Binomial Expansion Series

Figure 1 shows the possible combinations if there are only two and three rows  of hexagonal pegs, or equivalently two or three fruits. Examine the tables and try to see if you can come up with a strategy on systematically creating tables for bigger number of rows/number of flavors. 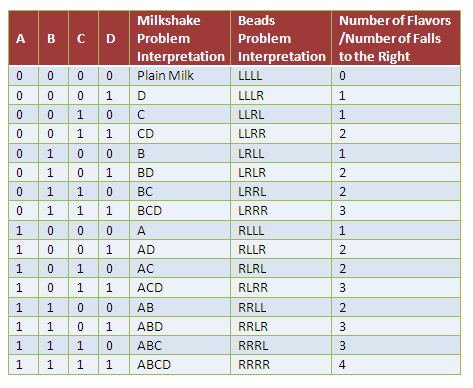 Conjecture: In the nth row of the Pascal’s triangle, there are 2n number of elements. That is

The tables in Figure 1 shows the possible arrangements of 1s and 0s in Pascal’s triangles with fewer rows, or fewer number of fruits. 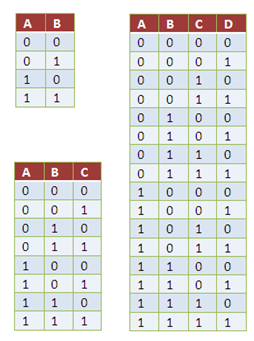 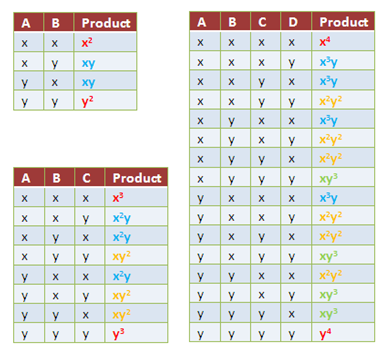 to denote n objects taken k at a time, we have

Using the pattern, it follows that

Using the summation notation we have

This equation is called, the binomial expansion. Note that this is just our conjecture. The proof of this equation requires knowledge of mathematical induction, which we will discuss in the future.