This is the overdelayed continuation of the discussion on the

definition of limits. In this post, we discuss another example.

Recall that the definition states that the limit of

, however small, there exists a

From the example 1, we have learned that we should manipulate

Note that we have accomplished our goal, going back to the definition, this means that if

Now, it is not possible to divide both sides by

varies. This means that we have to find a constant

is confined to some interval centered at

, then we can find

, which is the same as 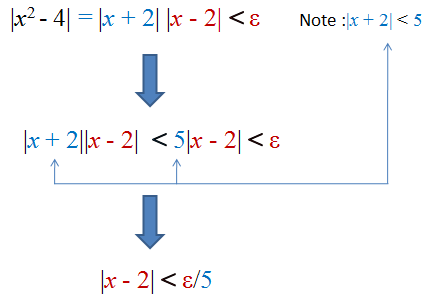 . But we have two restrictions:

so, to be sure that both inequalities are obeyed, we choose

to be smaller than