The Number of Points on Two Line Segments

As shown on the table, if we continue indefinitely, we know that we can pair each counting number with an integer in a one-to-one correspondence without missing any element.

Using this concept, we show intuitively that the number of points on two line segments is equal even if they have different lengths. We can do this by showing that for each point on segment

, there is a corresponding point on segment

Given two line segments with different lengths, let us label the longer segment

and the shorter segment

. We place them in a horizontal position such that they do not overlap.

Next, connect the end points of the segment and extend them on the part of shorter segment to form a triangle. We call the point of intersection 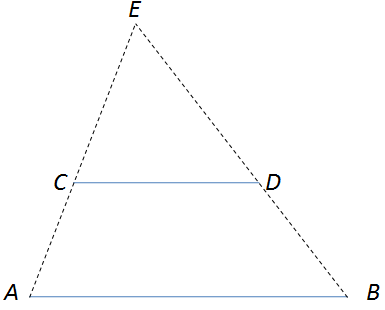 Notice that each ray drawn from

that passes through segment

will also pass through segment

. If a ray passes through

. Clearly, this is true for all rays that can be drawn. 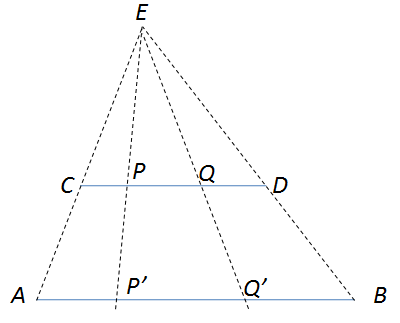 Now since each point

has a corresponding point

, there is a one-to-one correspondence between the points in

and the points on

.  As a result, the number of points on the two segments is equal.