Open Microsoft Mathematics to perform the computations below.  END_OF_DOCUMENT_TOKEN_TO_BE_REPLACED 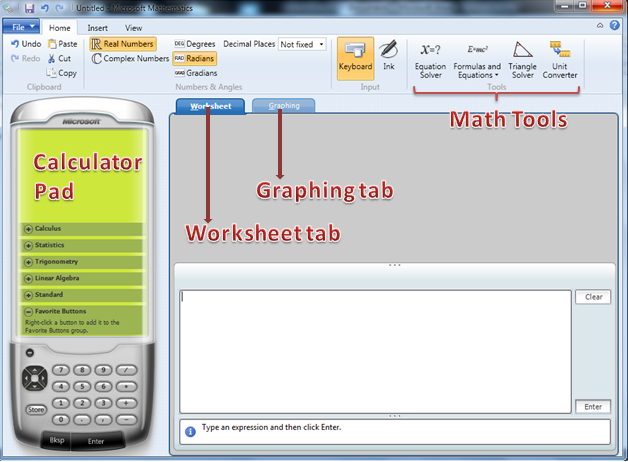 The Calculator Pad is composed of button groups for mathematical computations.  Aside from the Standard buttons which are used in middle school and high school mathematics, it also includes buttons for mathematical such as Calculus, Statistics, Trigonometry, and Linear Algebra.

The Worksheet tab is the default tab displayed when you open Microsoft Mathematics. It is where most input and output will be displayed. The large text box is where the keyboard input is made.  END_OF_DOCUMENT_TOKEN_TO_BE_REPLACED

Last year, I have shared to you about Microsoft Mathematics, one of the best free and downloadable graphing calculators that can be used for teaching and learning mathematics. Starting next week, I will be posting step-by-step tutorials on how to use it. Here are the tentative titles of the tutorials: