Note:  This is the second part of the Functions Series. To view the other parts, click the link below.

In the first part of this series, we have discussed that a function is a relationship between two sets where for each value in the first set, there is exactly one corresponding value in the second set. We have painted large cubes, cut them into unit cubes and found a pattern about the number of cubes with 3, 2, 1 and no painted faces.

We found out that if a cube has side n units, if we painted all of its faces and cut it into unit cubes, the following relationships hold:

To give you a clearer understanding about functions, let us consider some more examples:

1.) The relations y = 2x is a function, since clearly, for each value of x, there is exactly one corresponding value of y.

2.) If a person is working in which the salary is computed per hour, we can say that his salary is a function of the time (number of hours) denoted by f(t) he has worked.  If we let s be the salary and t be the time, we can write s = f(t). The relationship is a function, since for any number of hours work rendered, there is an exact corresponding salary.

6.) The only possible values of n in our cube problem are integers greater than 1. We cannot have a cube with fractional length, such as 5.6 meters because our condition says to cut the cube into unit cubes (cubes with side length 1 unit). Moreover, n cannot have negative values since a negative number of unit cubes does not make sense. The possible values of n, that makes the value of f(n) sensible is called the domain of the function.

8.) Whatever the value of n, k(n)=8. We call k a constant function. In Figure 3, if we let our domain be the set of real numbers, then, we will have a horizontal line. 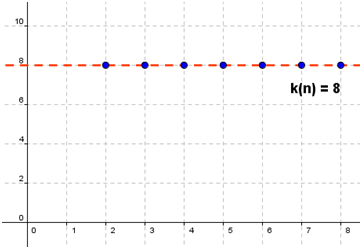 9.) Functions are sometimes named by the letter of their names and not including the independent variable. For instance, instead of f(x), we can call it simply f.

On the contrary, in Figure 6, each input ball has two output balls. This means that the relationship is not a function. 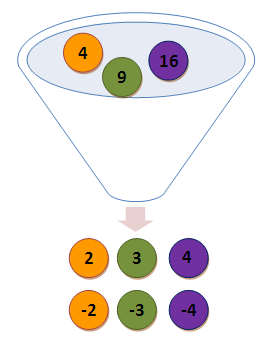 Figure 6 – A relation that is not a function.

In the next post, we will discuss about the horizontal and the vertical line test and their connection with the definition and properties of functions.