The vertex angles, on the other hand, are inscribed angles as shown in the second image above. Notice that if we add them up, they also intercept the entire circle (Can you see why?).  In effect,  their angle sum is half of 360°,  which equals 180°. 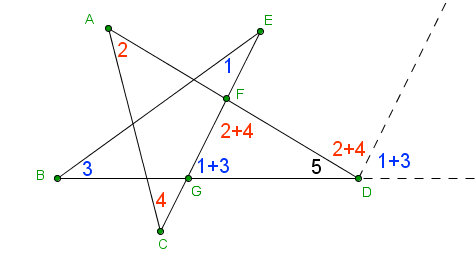