Last year, I had a good discussion with some teachers about Venn diagrams. Several teachers commented that I should change the diagram below because it might give an impression that the number of rational numbers is the same as the number of irrational numbers. Sadly, I was not sure if I was able to explain my point. Anyway, below is an extended explanation to those comments. 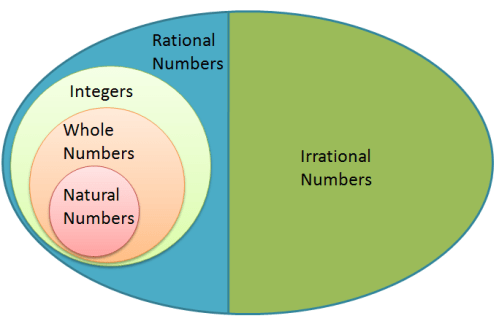