The Mathematics of Shuffled Cards

It is said that each time you shuffle a 52-card deck,  each arrangement you make may have never existed in all history, or may never exist again. Why? Because of the enormous number of arrangements that can be made using 52 distinct objects (in this case, cards). 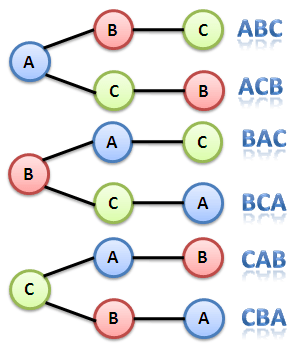 (read Introduction to Permutations for details). Therefore, the number possible arrangements for a 52-deck card is

or the product of 52 and all the integers less than it all the way down to 1. Note that the

symbol is used to denote that there are numbers that are not shown in the multiplication above. If we use a calculator to compute the expression above, we get

or a number starting with 8 plus 67 more digits.

times the age of the universe.

Scientists believe that the universe is only 13.8 billion years  or

So, you see, it is possible that all the arrangements of well shuffled cards may not all exist until the end of the universe.