Mathematics: The Science of Patterns

Since elementary grades, we have learned that mathematics is closely related to patterns. Given a sequence of numbers, we would know the next few terms without much effort. We know that the next three terms in the sequence 3, 7, 11, 15, are 19, 23, and 27. Just by looking at the Koch’s  snowflake shown in the first figure, we have an idea of how to draw the sixth figure. It may not be as accurate as a computer drawing, but we would surely be able to draw the necessary details. These patterns are obvious and intuitive, so it is easy to predict the next “terms.”

A little more challenging pattern is shown the second figure. Observing the colors of the circles, we can see that the sum of the first

, and so on.  From the pattern, we are quite confident that the sum of the first

without having to exhaust the 999 odd integers. END_OF_DOCUMENT_TOKEN_TO_BE_REPLACED

Mathematicians, philosophers, and enthusiasts alike have their own views about mathematics. Below are the 50 mathematics quotes collected from the time of Euclid up to 21st century.

Let’s see what the masters of the field have to say about mathematics. Don’t forget to type on the comment box which of the quotes is/are your favorite/s.

1. Mathematics is a game played according to certain rules with meaningless marks on paper. — David Hilbert

2. Mathematics is concerned only with the enumeration and comparison of relations. — Carl Friedrich Gauss

3. Mathematics is the door and key to the sciences. — Roger Bacon

4. Mathematics is the science of what is clear by itself. — Carl Jacobi END_OF_DOCUMENT_TOKEN_TO_BE_REPLACED 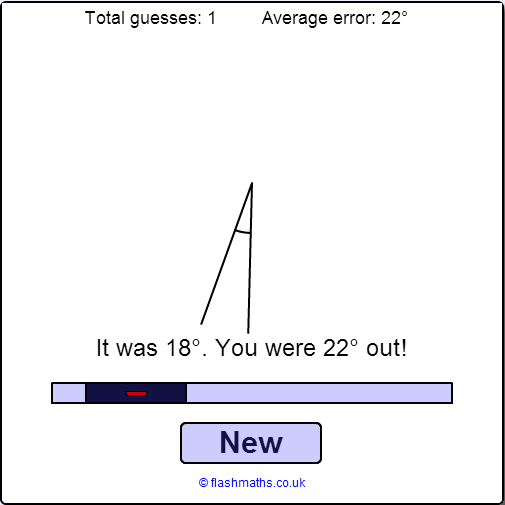 One activity I like in particular is the Angle Estimator activity where users can move the slider to estimate the angle shown.  The average error is then calculated. The user with the smallest Average Error is the best estimator.