In my post Tutorial 4: Graphs and Sliders, we learned how to use the slider in investigating graphs of the form y = mx + b. In this tutorial, we are going to use sliders to investigate the graph of the fromy = a(x – h)2+ k, where a, h and k can be any real number.  We will first input the values of a, h and k in the input box before creating the sliders.

To do this, first we are going to assign temporary values for a, h and k in the input box, then create a slider for each of them. After creating a slider, we enter the equation y = a(x – h)2+ k in the input box to graph our function.  You may want to look at our expected output here. 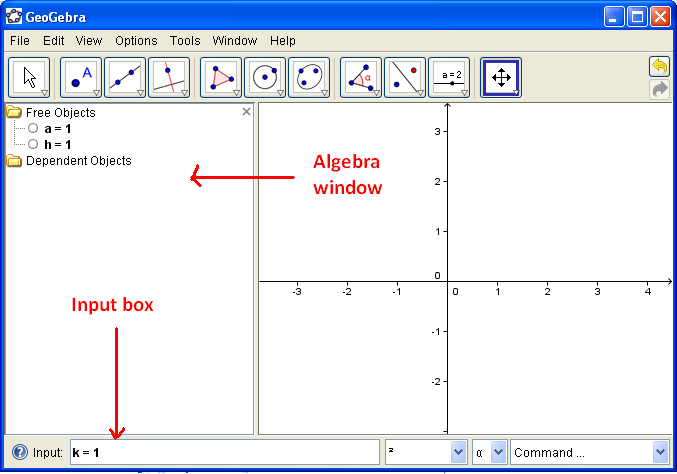 Figure 1 – Equations are entered in GeoGebra using the Input box. 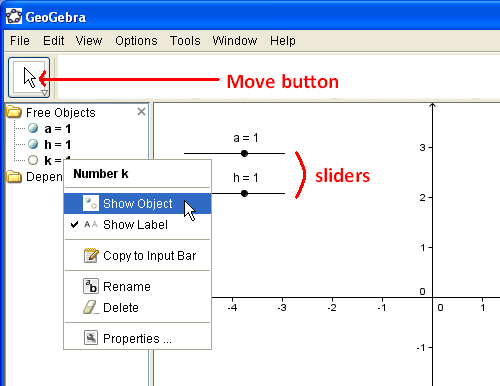 Figure 2 – Sliders are made by right-clicking each equation and pressing the Show Object option in the context menu.

Q1: Click the Move button and move the small circle on your slider. What do you observe?
Q2: What are the effects of the parameters a, h and k to the graph of the function y = a*(x – h)^2 + k?

Why is any number raised to 0 equals 1?

Why is any number raised to 0 equals 1?

If we raise a number to an exponent, we are multiplying it by itself a certain number of times.  For example,

means you have to multiply

times.   In exponential notation, we call

Shown below are examples of exponential expressions and their expansion.

symbol means “and so on.” It represents

’s that are missing.  It is convenient to use the said symbol for large values of

If we want to multiply expressions with the same base, let us see what happens. For example, what will happen if we multiply

. Multiplying the two expressions, we have

From our computation, we can conclude that if we multiply to expressions with the same base, we have just have to add their exponents (Can you see why?). That is, for expressions

Q1: What if the base of the two expressions are not the same? Will our formula above still apply?

What about dividing expressions with exponents? Suppose, we want to divide

. Dividing the two expressions, we have

‘s are canceled out, we can therefore conclude that in dividing two expressions with the same base, we just have to subtract their exponents. That is, for expressions

What happens if the exponent of the denominator is larger? For example,

Now, let us compare this result when we expand our expression:

Our observation tells us that,

Q2: In general, what is the value of

What if the exponents of the numerator are equal? For instance,

. This is practically dividing the same number, so obviously the answer is

. However, we can also use our conclusion above.

Here we observe that raising

(or any expression) to

for any value of

Therefore, any number raised to

(with the exception of 0) equals

You have probably remembered in Algebra that if we multiply an inequality by a negative number, then the inequality sign should be flipped or reversed. For example, if we want to find the solution of the inequality

, we multiply both sides by

If we generalize the statements above, suppose we have two numbers, say,

, if we multiply them to a negative number

,  the answer should be

Before we proceed with our discussion, let us first remember 2 basic concepts we have learned in elementary mathematics:

as shown in the diagram above and choose

. Note that we will  just use these values for discussion purposes, but we may take any values. It would help, if we think of

as two points on the number line with

as a blue point on the right

And note that before multiplying with a negative number, VALUE OF BLUE POINT > VALUE OF RED POINT.

are variables, we need to multiply all the numbers on the number line by

. This is to ensure that whatever values we choose for

, we multiply them by

. If we multiply every number on the number line by

, the geometric consequence would be a number line with negative numbers on the right hand side of

, and positive numbers at the left hand side of

as shown in Figure 2.

But negative numbers should be at the left hand side of

so we reverse its position by rotating it 180 degrees from any point of rotation (for example, 0).  The resulting figure is shown in Figure 3.

Notice that the blue and red points changed order and that the blue point is now at the left of the red point. Therefore, VALUE OF BLUE POINT < VALUE OF RED POINT. That is, why the inequality sign was reversed.

Summarizing, multiplying an inequality by a negative number is the same as reversing their order on the number line. That is, if

Our summary above is actually a mathematical theorem. The proof of this is shown below. It is a very easy proof, so, I suppose, that you would be able to understand it.

are real numbers, with

is negative (negative multiplied by positive is negative)

to both sides, we have

which is what we want to show .