An Explanation Why the Line Multiplication Trick Works

Note: If you don’t know the trick, watch first the video below.

Who is the greatest mathematician?

For you who is the greatest mathematician? This was a question asked to me by a kin, a freshman who is currently studying a  mathematics related course. This question is probably asked by many others who are just starting studying mathematics or those who are just simply curious.

I think, determining the greatest mathematician is even more complicated than determining the greatest singer. Mathematicians lived in different times and the maturity of mathematics at different times is enormously different. For example, during the time of Euclid, it takes a high-caliber mathematician to prove that the inscribed triangle in a circle containing its diameter is right, while they can be easily proved by eighth graders of the present time. Of course, we cannot claim that our eighth graders are better than or even at the same level as Euclid because mathematics has changed so much.  Those who are only read by mathematicians during the time of Euclid are now taught in the elementary and high school levels.  In addition, mathematicians study different fields and it is impossible to compare the level of difficulty or even to quantify the effect of their contributions. END_OF_DOCUMENT_TOKEN_TO_BE_REPLACED

May 17, 2013 GB Question From Readers, Questions and Quandaries, Web 2.0 Technology

If you are a Facebook user , you are probably wondering how to create  math symbols on your wall. Well, there are a few symbols that you can create using the Alternate key on your keyboard, below are some of them 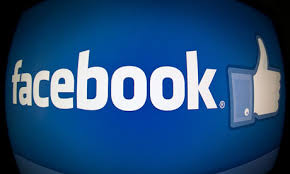 To create the symbol, just press the ALT key on your keyboard, and then type the numbers on the left column.
END_OF_DOCUMENT_TOKEN_TO_BE_REPLACED