In this tutorial, we are going to discuss some of the most elementary commands used in Maxima in Trigonometry and Calculus. Note that in maxima, most constants are written with the percent sign before it. For instance, the most common constants are π, e and i are written as %pi, %e and %i.

Maxima can perform the following trigonometric and calculus operations:

As you can see, in 4, we can get the values simultaneously by separating the functions with comma and enclosing them with bracket.

In Maxima Tutorial 1, we have discussed how Maxima can be used to perform numerical computations.  In this tutorial, we are going to enumerate some of the capabilities of Maxima to perform symbol manipulation.  Note than in each equation below, do not forget to press the ENTER key after the semicolon.

Maxima can perform algebraic operations and here are a few of its capabilities:

In a, we used the colon sign to assign values to p and q and assign them as the value of r in b.

In c, we solve for the 2x = 3 for the value of x. In d, we use * for multiplication, and ^ for exponentiation. The ratsimp command simplifies expressions. 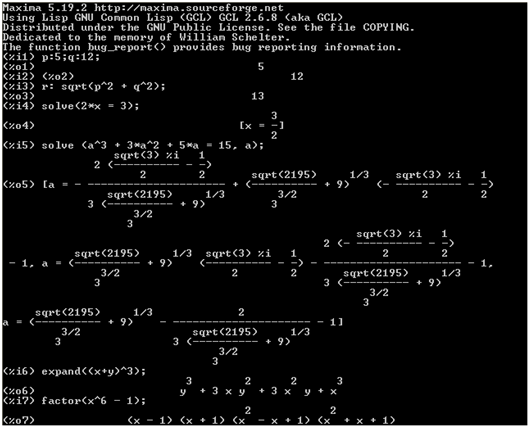 In a, we solved for the values of x and y in the systems of linear equation

. In b and we defined two equations, eq_1 and eq_2, then used the two variables in d.

Maxima is free a computer algebra system capable of a variety of computations. It can manipulate symbolic and numerical expressions, as well as  perform differentiation and integration.  It can also manipulate Taylor series, Laplace transforms, ordinary differential equations, systems of linear equations, polynomials, and sets, lists, vectors, matrices, and tensors. Maxima can perform high-precision computations as well as plot two and three-dimensional graphs.  In this tutorial, we are going to learn how to use Maxima to perform basic numerical computations. 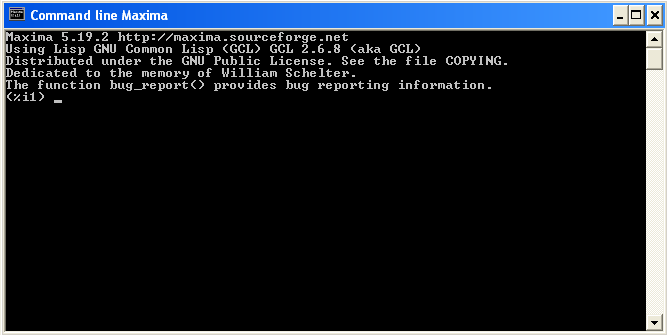 After typing sqrt(3) and pressing the ENTER key, your screen would look like the one shown below. Notice that what when we typed sqrt(3), the output is also sqrt(3). That is because, Maxima also accepts expressions like fractions and radicals without simplifying them. To simplify an expression into a decimal number, we need the float command. The float command converts fractions, radical expressions and other expressions to decimal numbers. 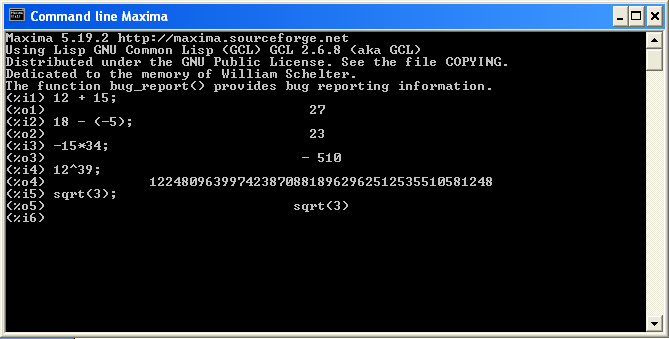 Figure 3 - Maxima accepts fractions and irrational numbers without convering them to decimal numbers.

Therefore, we need to “float” sqrt(3); to do this type float(sqrt(3)); and press the ENTER key. Then type the following: 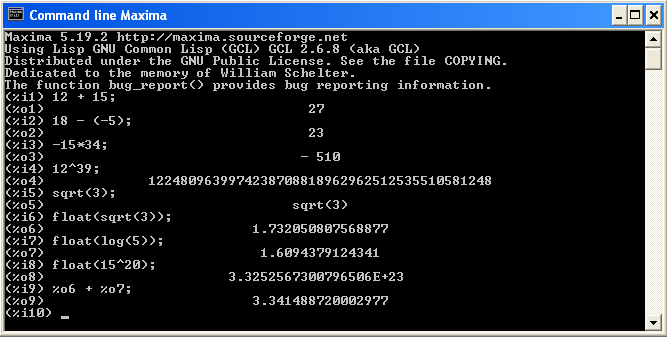 Figure 4 - Maxima can handle very large numbers as shown above.

We can also perform operations of previous inputs and outputs by typing their corresponding prompts.  The command %o6 +  %o7; added the value in output 6 and output 7.

Maxima has also mathematical constants stored in the program. So computations like pi*r*2 is possible.

In Maxima Tutorial 2, we will discuss how to use Maxima to help us perform symbolic manipulations.