The vertex angles, on the other hand, are inscribed angles as shown in the second image above. Notice that if we add them up, they also intercept the entire circle (Can you see why?).  In effect,  their angle sum is half of 360°,  which equals 180°. END_OF_DOCUMENT_TOKEN_TO_BE_REPLACED

Geonext is aJava-written interactive and free geometry software. It is developed by the Lehrstuhl für Mathematik und ihre Didaktik (Chair of mathematics and its didactics) of the University of Bayreuth in Germany and released under the GNU General Public License. 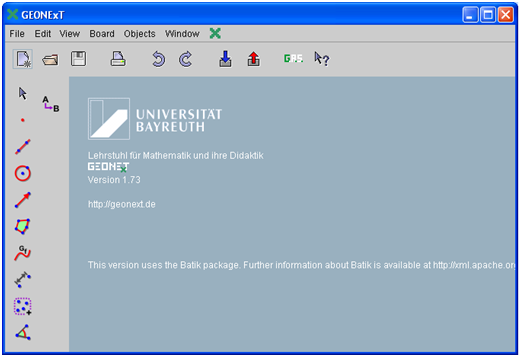 There is also a similar construction here using GeoGebra.