A picture is worth a thousand words, even in mathematics. Sometimes, complicated algebraic expressions can be shown using very simple geometric representations. One example is the sum 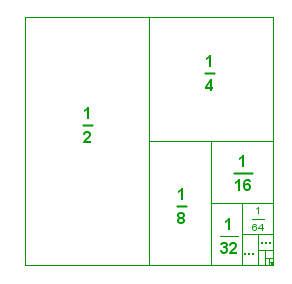 In this post, we show another proof without words. Proof without words is not a proof per se but rather a representation that will help readers understand a proof. END_OF_DOCUMENT_TOKEN_TO_BE_REPLACED

Proof without Words: Odds and Squares

In the Mathematical Palette, my mathematics appreciation blog, I wrote about mathematics being a science of patterns. The images below only affirm the beauty of these patterns. they also show the intuitive proof of the statement, or what some people call proof without words.

Do you think the number pattern will continue as the number of circles increase? What conjectures can you make from the pattern?