A Gentle Introduction to Probability 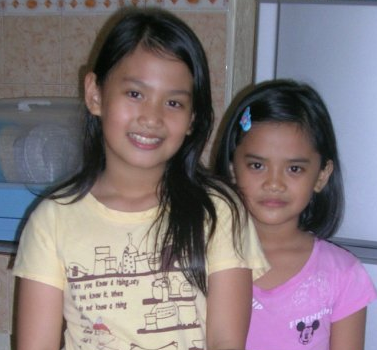 Issa and Ishi go to their grandmother every weekend. Next weekend, however, their mother will be leaving for an important errand, so one of them has to stay home. Both sisters wanted to go, so to decide, they agreed on a toss coin. If the result is head, then Issa will go, if tail, Ishi will.

Tossing a coin would only result to two possible outcomes: a head or a tail. Assuming that the coin is fair, the chance of Issa winning the toss coin is 1 out of 2, or 50 percent. From the context, intuition tells us that the chance of Issa winning is the ratio of the number of outcomes favorable to her (that is getting a head) to the total number of possible outcomes (head and tail). Obviously, Ishi has the same chance of winning.

Ishi, however, thought of a different game.  She said that toss coin is so boring, so why not roll two standard dice.

If the sum of number of dots is an odd number, then I go; if the sum is even, you go.

Ishi, on the other hand insists that the deal is fair.

Which of the sisters is correct? Try to analyze the problem above and see if you can answer it on your own. Try not to peek below.

We can solve the problem above by listing all the possible sums of the number of dots. Rolling a 2 (that is, getting a sum of 2), for example, can be obtained by rolling a 1 from both dice. To distinguish the difference, we assume that the two dice have different colors, say, red and blue.   It is clear that there is more than one way to roll a number. Fo example, 5 and 2, and 3 and 4.

To give us all the possible sums (or outcomes), we construct an addition table of the number of dots as shown below. Using the table, we can observe the following:

The casino never cheats (hopefully), but all the games in the casino are mathematically designed to the house’s favor by means of theoretical probability (we will talk about it later in the series). For instance, if a casino will design a 2-die tossing game just like what Isha and Ishi  did, it will simply design the game to its favor.  One possible scenario would be the following:

At first glance, it seems that the player may think that he will win because he has

six choices, and five only for the house (the casino), but the truth is the house has a greater chance of winning.

The probability that we have talked about above is called theoretical probability.  This means, that in principle, if we play  the casino’s die game  36 times, we can predict that the casino will win 20 times, but surely there is  no way of saying exactly how many. The probability 20/36 is just theory, but as we increase our number of events, we are certain that the result will be closer to that ratio.

Exercise: Devise a way to design a 2-die tossing game that gives the casino the maximum profit, while giving the player the 6 possible sums and the casino 5 possible sums.