Mr. Himura walked on the bermuda grass laid neatly on the school ground humming to the tune of Mr. Suave, his favorite Filipino song. He promenaded toward the room of his next class, while unconsciously toying with his mustache. He didn’t even notice that he was almost bumped by a student who was chasing a basketball.

Under the acacia tree about ten meters from Himura’s classroom, three girls were sitting on a bench, giggling and sipping milkshakes greedily. Upon seeing Himura, the girls looked their milkshakes sadly. They gazed at each other and were in a dilemma: Finishing snacks or missing five minutes of Mr. Himura’s lesson? “Nah,” they chorused. Mr. Himura’s class is too valuable to miss.

The girls took their last sip and threw their milkshake leftovers into the trash bin with teary eyes (sadness or brain freeze?) and a lingering stare. They hurried to their classroom, and went to their seats.

One of the girls is Anna. She was always fond of Mr. Himura’s class. Mr. Himura makes her think, provides a very friendly environment for discussions, and would sometimes crack jokes that everybody would laugh at not because it’s funny but because it’s extremely corny.

This was totally opposite of her math class last year with Ms. Tapia.  Ms. Tapia was a very strict teacher who could petrify any student with a stare.  Her stare earned her a nickname of Medusa. She also chants in a static and hypnotic monotonous voice, and Ligaya, the most inventive lexicographer of the class, dubbed her lectures as “adarnic,” her new invented word from her Filipino literature class, Ibong Adarna1.

“Good morning class,” greeted Himura as he approached his table.

“Good morning Mr. Makisig. Mabuhay!2,” replied the class enthusiastically their teasing smile.  Makisig is Mr. Himura’s first name. In Filipino, it means, a man with strong built. It is a loose translation of the word“macho.”

“I prefer to be called Mr. Himura,” and the whole class was coughing, or giggling incognito.

“Did you bring the circular lids?”

After the discussion, Mr. Himura divided the students into 5-member groups. “Measure the diameter and the circumference of all the lids in your groups. Record your data and make conjectures about them. After fifteen minutes, I will call one student from each group to explain.”

This was a Himura classic. It was always his favorite to call random student presenters after a group work. This is to oblige every member of the group to participate and to understand what their group was doing. He had not done this during his early years of teaching, but he had observed that only a few, and always the same students are working.  This geezer is too clever, the class thought.

While his class was busy working, Himura moved around to distribute the manila paper where each group would write their answers later. Of course, he could have let the students do this, but this was actually his way to eavesdrop to students’ discussions and have a sneak peek at their answers. He would use what he saw and heard in later discussions.

Some of the students used tape measures to measure the circumference of the lids; others who have none rolled the circular lid on a ruler. Hmmm… very clever, thought Himura.

While Himura was walking around, wisps of memories of his youth came back to his mind. He could still remember vividly his father tutoring him in mathematics. It was the tenth year of his teaching career when he realized why his father would always answer his mathematics question with another question. Most of the time, he was always left answering his own questions.  Why can’t he just answer the question directly, he would grumble while scratching his head. Now, he would usually imitate his father’s method of questioning in class discussions. 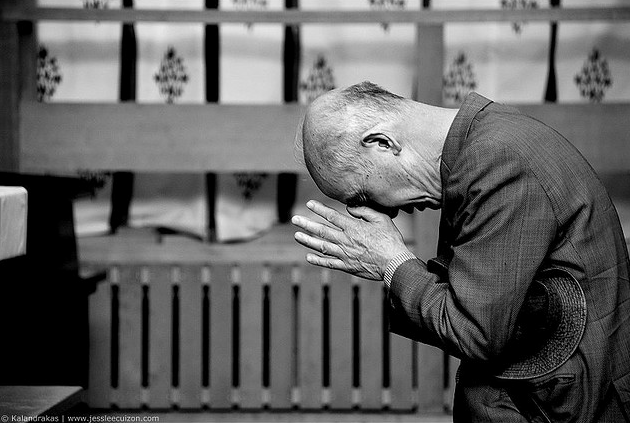 One student almost tripped the stand fan wire snapped out Himura in his brief sojourn to his past. One of the students went to the board and posted a manila paper, other students followed.

Now, the stage is ready and the show is about to begin.

1In Philippine folklore, Ibong Adarna is a very rude bird who loves to turn people into stone. She sings so beautifully that everyone who hears her song cannot resist sleeping. At their sleep, Ibong Adarna would poop on them and voila, they are added up to her statue collections.

2Mabuhay is a Filipino greeting just like Aloha of Hawaii. It is usually used by elementary and high school students to greet teachers and visitors, and beauty pageant contestants. It is never used in everyday language. People will probably stone you to death if you use it (just kidding).

Trivia: Hideki Himura was a Japanese soldier assigned to the Philippines during World War II. He fell in love with a Maria Escobar, and after the war, he returned to Japan and resigned from the army. Two years later, he went back to Manila to marry Maria. Their son was Makisig Escobar Himura.

Photo: Paz y Tranquilidad by edans, How to Pray the Japanese way by Jesslee Cuizon