Understanding the Meaning of Discriminant

In the Derivation of the Quadratic Formula, we have learned that the solutions to the quadratic equation

, is described by the equation

Graphically, getting the solutions of

is equivalent to getting the value of

From the equation, the

The number of roots, however, will depend on the expression

. Notice that if it is negative, there is no root (real root to be exact), since we cannot extract the square root of a negative number. Therefore, if

, then, there is no real root. 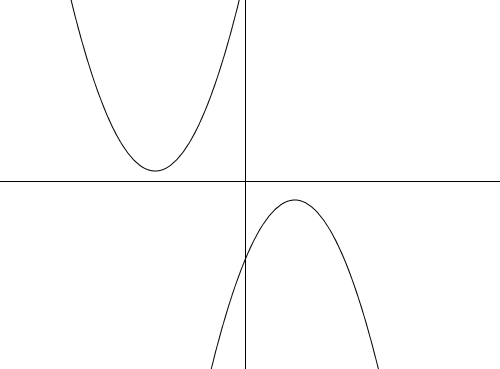 Quadratic functions with no roots.

The second case is if

is 0. This means that

Hence, we only have one root which equals to 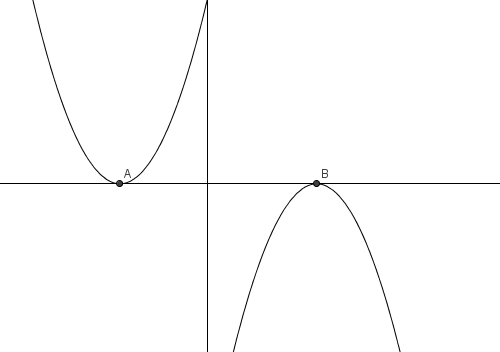 Quadratic functions with one root.

The third case is, of course, if

. This gives us two roots as we have mentioned above.  The graph of the quadratic functions with two roots are shown below. 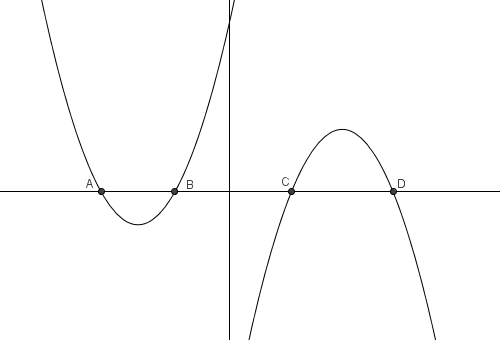