Using Paper Folding to Introduce the Notion of Proof

Two years ago, I worked as part-time geometry instructor in a technical school near our university.  Most of the students in that school were quite clueless about the notion of proofs, so I tried to find ways to introduce proofs in an intuitive manner.

One lesson I developed was on proving that a quadrilateral formed from paper folding is a square.  I let the students create a square from a piece of bond paper without using any measuring instrument; only folding and cutting were allowed. 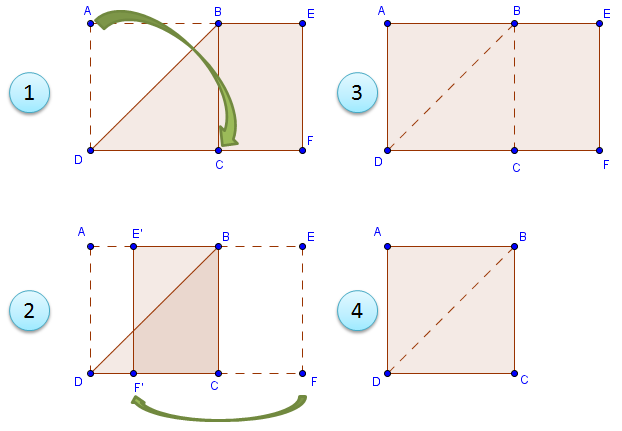 As expected, most of the students used the method shown in the figure above. For the sake of discussion, we label the corners and critical points of the bond paper.  Most of the students constructed the square using the following steps (see figure):

Through a series of questions I asked, the students realized the following:

From these realizations, the students knew that it remained  to be shown that the   four sides of ABCD are congruent.  Again, through a series of questions, they realized the following:

Although some properties discussed above implied other properties, they were not seen by most students. We had to prove them one by one. The last part of our lesson was to write the proof in paragraph form concisely.

I think those who are teaching geometry and introducing the concept of proofs  should try out this lesson. I would love to hear what happened in your class.