Google Reader to Shut Down, What are the Alternatives?

The Official Google Blog has announced that it will be retiring Google Reader on July 1, 2013. According to the blog, users may retain subscription data by using Google Takeout. Google Takeout will download the following information from your Google Reader in JSON files: list of the people you follow, list of the people who follow you, and items that you have starred, liked, and shared.  Items shared by people you follow, notes that you have created, and items with comments will also be downloaded. 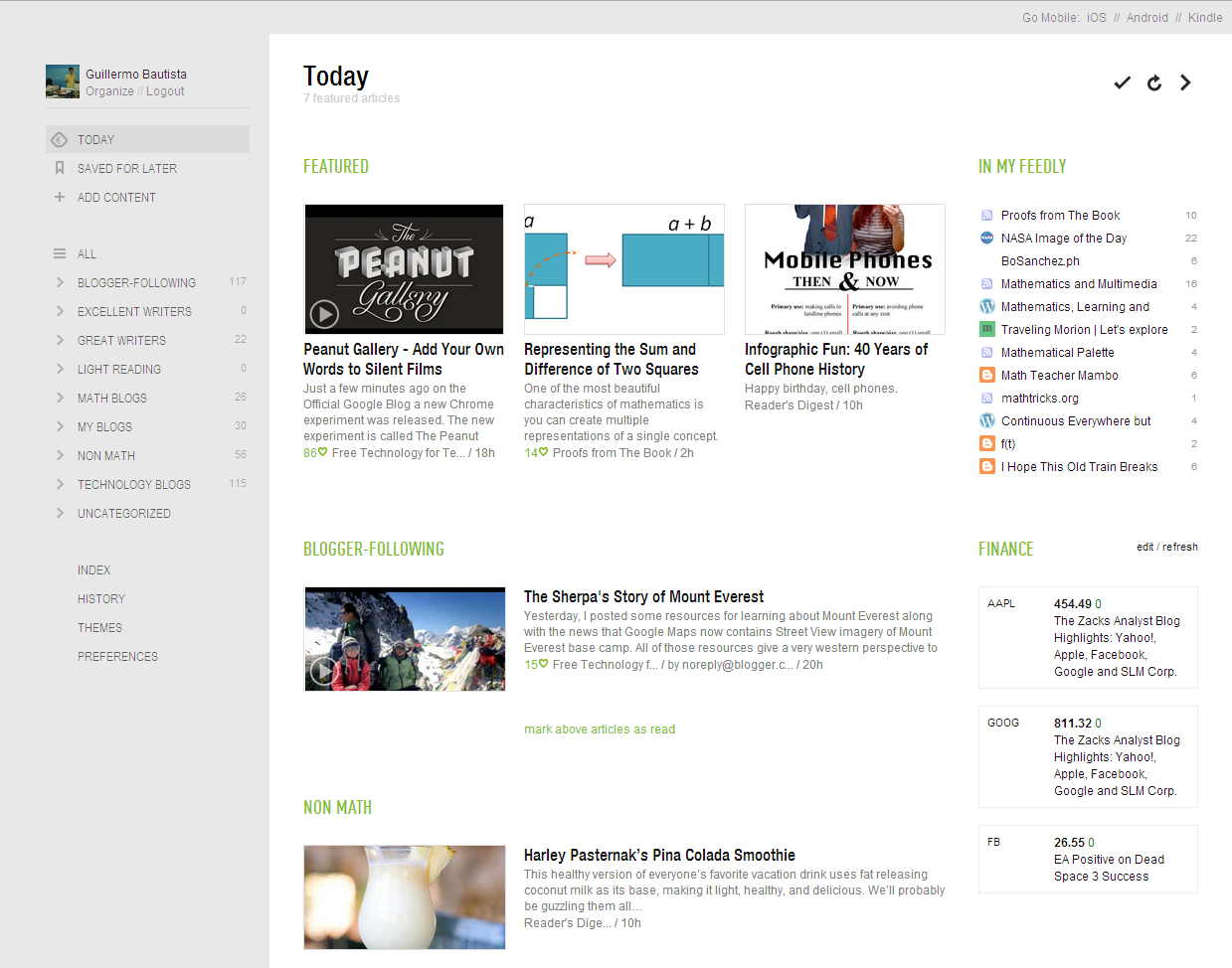 There are several alternatives to Google Reader, but I have been using Feedly for quite a while and I am very satisfied. Feedly is a very friendly and easy to use  reader and it formats your feeds like a website (see figure above).

Aside from Feedly, you can also explore the following free Google Reader alternatives: Pulse, Flipboard, The Old Reader, and Bloglovin.

In the next post, we I will be posting a tutorial on importing information from Google Reader to Feedly.