Before there are graphing calculators, spreadsheets and computer algebra systems, mathematicians and inventors searched for solutions to ease the burden of calculation. Today we celebrate human achievement in creating these calculators. Below are the 8 mechanical calculators before modern computers were invented.

Although abacus is not mechanical, it was one of the most widely used calculating device for many years.  The abacus is one of the earliest counting machines used for arithmetic 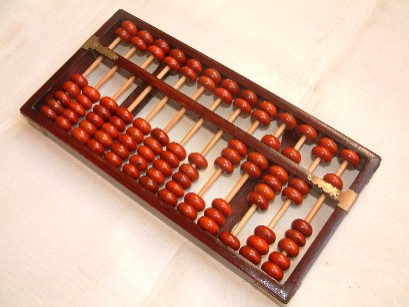 calculations. It made up of beads and frame. It was particularly used Japan, India and China. Although they are popular in Asia, the abacus has a long history which originated 2700 years ago in Sumeria. It was also used in Egypt, Persia (Iran), and Greece.  The reason why the abacus is popular was probably because it’s very easy to use. Until now, there are still people who use this ancient tool.

The Pascal’s Calculator or Pascaline was invented by Blaise Pascal to help his father, a tax collector, in his calculating labor. The machine can add and subtract directly, and multiply and divide by repetition. Pascal created 50 prototypes before finally making the machine public in 1652. He made numerous revisions of the machines. Only 9 machines survived time; most of them are in museums in Europe.

The Stepped Reckoner was invented by Gottried von Leibniz. It was the first machine to calculate all the four arithmetic operations.  It was also the first machine to use a cursor and therefore has a memory for storing the first operand. Leibniz built two Stepped Reckoners, one in 1694 and one in 1706. The second one was forgotten at an attic in the University of Gottingen and was discovered 250 years later! The comptometer was the first mechanical calculator with keyboard. The keyboard consists of 8 columns of 9 keys. The comptometer is very similar to Pascal’s Calculator but can perform faster calculations due to its keyboard. It can perform addition, subtraction, and long multiplication and division. Some compometers have keys for special purposes such as currency and weight.

The comptograph is an improved version of the comptometer with a printing mechanism. Despite this improvement, it is more complicated to operate and therefore slower.

The Difference Engine was designed by Charles Babbage in 1822. It would have been the first machine capable of calculating and holding 7 numbers with 31 digits each and automatically used results from previous operations as inputs. It was designed to tabulate polynomial functions.

The project was never completed and was abandoned in 1834.

After abandoning the Difference Engines, Babbage started to work on the Analytical Engine, the ancestor of modern computer. The computer has two separate input streams, three output results, processing unit and memory. It was also the first machine to have set of programming instructions. 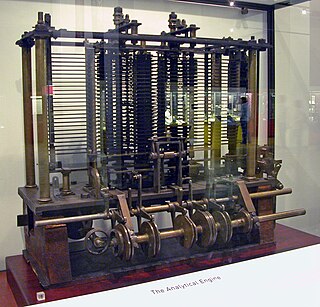 It was Lady Ada Lovelace who wrote the algorithm to compute for Bernoulli numbers, the first program to be ever created hence earning her to be the first computer programmer. Babbage was not able to complete the Analytical Engine due to inadequate funding.

The millionaire was the first calculating machine that could perform direct multiplication.  Unlike its predecessors where multiplication is performed as repeated addition, the millionaire only requires one turn of a crank and handle to multiply an entered number by a multiply. The Millionaire was invented by  Léon Bollée.

Image Credit: All images in this post came from Wikipedia