We take the case that exactly three are friends as shown in the second figure. It does not actually matter whether E and F are friends or strangers. In the proof, we only need vertices A, B, C and D. 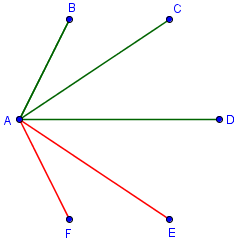 Now, B, C, and D can be connected by 3 edges that are either green or red.  The possible color combinations are (1) 3 reds, (2) 3 greens, (3) 2 greens and 1 red, and (4) 1 green and 2 reds.  In order to prove our claim, we need to show that in each case, at least one triangle is formed whose edges have the same color. The first two cases are obvious as shown below, 3 reds on the left, and three greens on the right. This means that the only cases left are 2 greens 1 red and 1 green, 2 reds.

Notice that having only 1 green edge connecting any of B, C, and D form a green triangle as shown in the figures below. This already proves the remaining two cases because both of them have green edges. 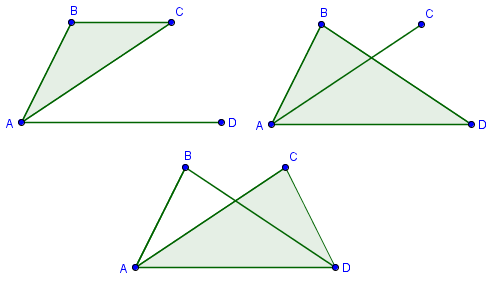 This proves that out of 6 persons either 3 are friends or 3 are strangers.