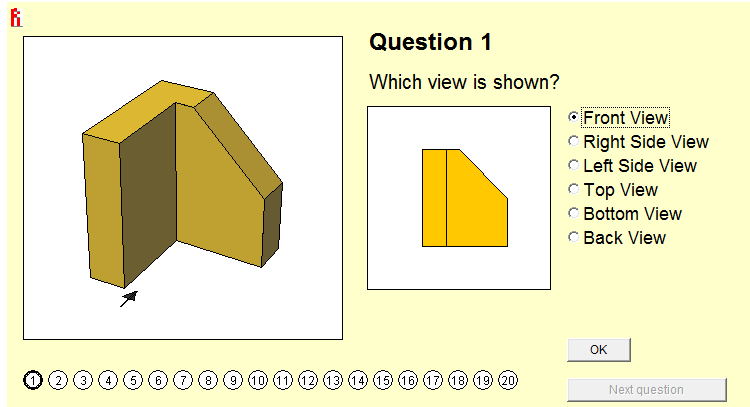 My favorite applet is Guess the view. It lets guess the isometric view of a particular solid.

It turned out that the applets in Maths.Net are also from Wisweb, the same site where I discovered the isometric views applet.

I came across with two applets I found very useful. They can be used for practicing visualizing the relationship between isometric and three-dimensional views. The first applet is called “Rotating houses”.  The applet requires the user to rotate an object until the desired isometric view is copied.

Note: Click the pictures below to load the applets. 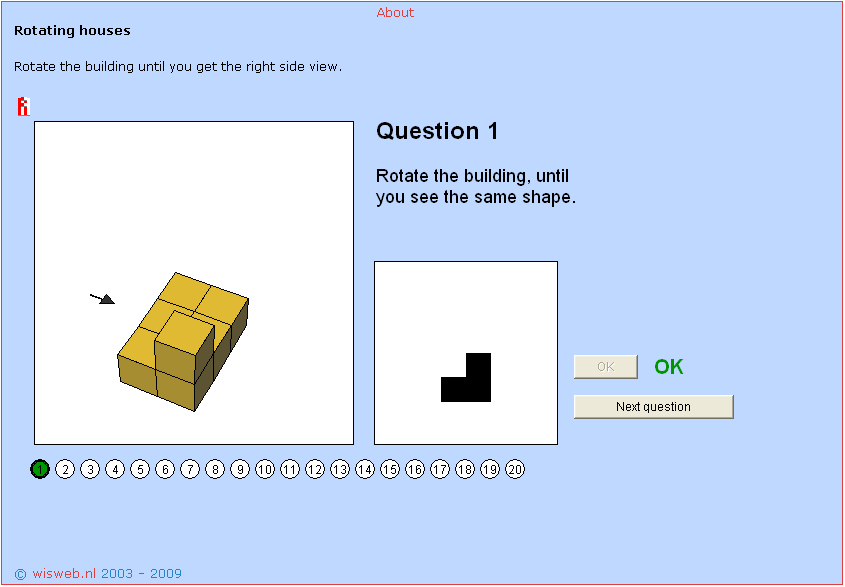 The second applet is called “Building houses with side views“. Given the isometric views (front, top, side), the applet lets you construct the actual object in three dimensions.

The highest point is given if you can construct the “houses” with the least number of blocks.