Galois was ahead of his time. His work was not understood until 20 years after his death. Despite his short life, his groundbreaking work made him the ‘father’ of group theory, an important branch of modern mathematics. END_OF_DOCUMENT_TOKEN_TO_BE_REPLACED

A Brief History of Mathematics

BBC radio invited Professor Marcus du Sautoy to discuss about history of mathematics in the mini-series titled “A Brief History of Mathematics” and podcasts of the series are available for download. 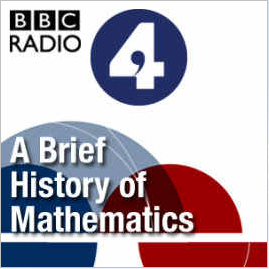 The series contains 10 episodes of 15-minute talks about well-known mathematicians, their lives, and their contributions that changed the world.