The three-dimensional images may be interactively rotated and folded/unfolded. Physical models may be produced by printing out the flattened two-dimensional net, cutting around its perimeter, folding along the edges, and finally taping together neighboring faces. 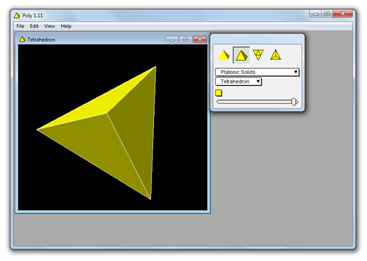 Using Poly is fairly intuitive, so there is no need to post a tutorial about it. You can download Poly here.

Note: The text above was copied from the Poly readme file.