Graph Sketching I: 4 Easy Ways to Graph a Linear Function

This is the first part of the Graph Sketching Series. Sketching is the process of drawing a rough idea of the overall shape of the graph. A graph sketch is a rough estimate of the actual graph of a function.

Using the two points, we can now graph the line as shown above. 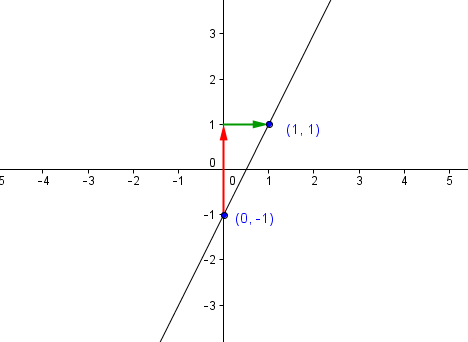 Instead of starting at the y-intercept as we have done in number 2, we can start at the origin as first point and use the slope. Move 3 units up and 1 unit to the right giving (1,3) as the second point, then sketch the graph.

After the graph is drawn, move the graph down (translate) such that it passes through y = -1, the y-intercept.

This is probably the easiest way to sketch a linear function. All we have to do is to get the x and y intercepts. 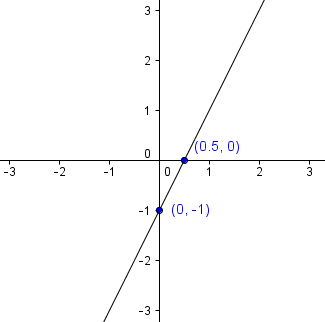 Other methods may be done using the combination of the strategies mentioned above. For instance, we can use the x-intercept and the slope to sketch the graph of the function above.