A figure is line symmetrical when it can be folded along a straight line such that the folded shapes fit exactly on top of each other. The fold line is called the line of symmetry. 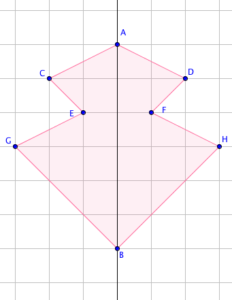 If you connect the corresponding points of a line symmetric figure, the line segment connecting them is perpendicular to the line of symmetry (Can you see why?). This means that their distances from the line of symmetry to the corresponding points are equal. In the figure below, the distance from point P to point C is equal to the distance from point P to point D. That is, 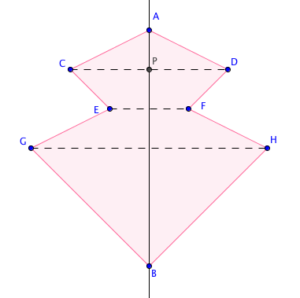