Introduction to the DaMath Board Game Part 2

In DaMath, it is possible to capture multiple pieces. For example, in Figure 1, the Red Player placed 8 on (4,5). Now, the Blue Player is required to capture 8 using 4. 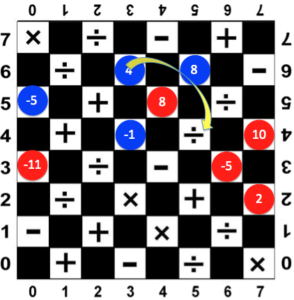 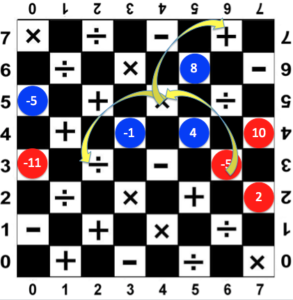 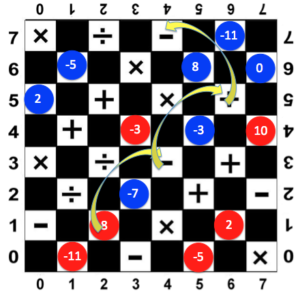 In the second example as shown in Figure 3, it is the Red Player’s move. Notice that he is required to capture -7 but he has the option to capture one more piece or two more pieces in one move as indicated by the arrows. Which do you think is the most advantageous move?

In DaMath, it is important to think before capturing a piece or before making a move to exchange pieces. In every move, it has to be to your advantage; that is, it has to increase your score.

In the next post, we are going to learn how to use a dama.