The Inscribed Angle Theorem and Its Applications

One strategy to solve a problem in geometry is to sometimes draw lines from one point to another. These lines drawn are called auxiliary lines.

Consider the first circle in Figure 1.  Let us draw a diameter of a circle with A as endpoint, and let D be the endpoint opposite of A as shown in Figure 2. If we let the measure of

since COA is an isosceles triangle. Since the angle sum of a triangle is equal to 180 degrees,

degrees. This implies that angle

. This is the same with triangle AOB as shown in the Figure 2. Therefore, if angle 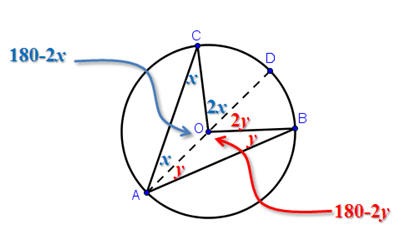 Figure 2 – The Proof of the Inscribed Angle Theorem

Exercise: In figure 2, prove that if C is on the circle and is between points B and D, the inscribed angle BAC is half that of central angle BOC .

We now baptize our new theorem, and we will call it the Inscribed Angle Theorem.

We can also use the strategy we used earlier by drawing an auxiliary line CD, where CD is a radius of a circle. In Figure 3 (second figure), if we let

since ADC is an isosceles triangle . This is also the same with BCD. If

. By the angle sum theorem, the sum of the interior angles of a triangle is 180 degrees. Hence,

degrees. This means that

degrees. Dividing both sides of the equation, we have

degrees.  As we can see,

is the measure of angle BCA. Therefore, the angle measure of an inscribed angle with its endpoints on both ends of the diameter is 90 degrees.

Figure 4 – Proof that the opposite angles of a cyclic quadrilateral is 180 degrees.

In Figure 4, angle D and angle C are inscribed angles and both of chord endpoints at the diameter. Hence, their intercepted arcs are both semicircle (second figure). Therefore, both of them measure 90 degrees. The sum of their measure of course is 180 degrees. Now it follows that the sum of angle CAD and angle CBD add up to 180 degrees.

In the third circle (Figure 4), angle A and angle B do not intercept a semicircle. However, it is clear that 2x + 2y is the entire rotation around the circle which is equal to 360 degrees. Hence, x + y, which is the sum of the measures of the opposite angles A and B, equals 180 degrees.

In the Parallel Lines and Transversals posts, we discussed and proved that the sum of the measures of the interior angles of a triangle is 180 degrees. This can also be shown using the inscribed angle theorem.

To prove the angle sum theorem, we are going to use the fact that given any triangle, that triangle can be inscribed in a circle (Can you see why?).

Consider triangle ABC shown in Figure 5. To make the drawing easier to interpret, I have separated the drawing by showing the central angles

, and the inscribed angles

have the same intercepted arc, hence

.  From the figure above, it is clear that

degrees.  Hence, the angle sum of a triangle is 180 degrees.