Subset: a set contained in a set

Two weeks ago, we have talked about the basics of sets.  In this post, we are going to talk about subsets.

If you understand what this means, then you have a notion of a subset.

are sets, we say that

is a subset of

, if all elements of

. The easiest way to illustrate this is through a Venn diagram as shown on the right.  In the Venn diagram, set

. Therefore, all elements of set

are also elements of

be set of all letters in the English alphabet and

be the set of vowel letters. It is clear that

and also are elements of

be the set of integers, and

be the set of even numbers, then

Let us examine the structure of quadrilaterals in the Venn diagram below. 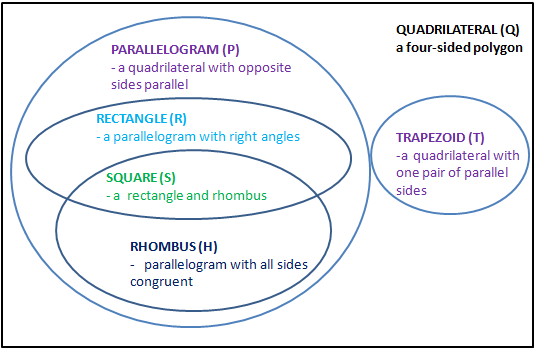 From the diagram, it is clear that all squares are rectangles.  If we let

be the set of squares, and

be the set of rectangles, then

. We can also easily see from the diagram that the following statements are true:

. Can you think of others?

We also have  talked about the structure of the real number system. 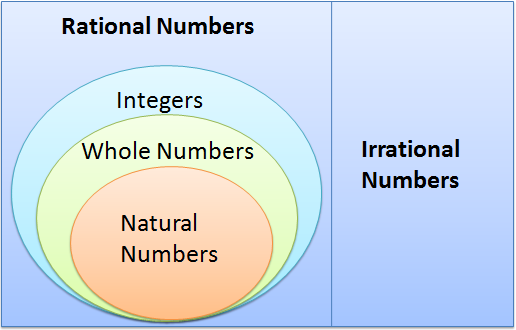 We have discussed  and have shown that the following statements are true: