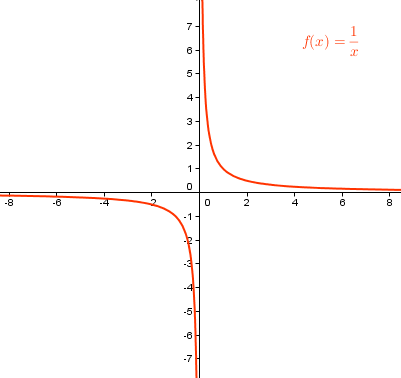 In Curve Sketching 2, we have learned the different properties of quadratic functions that can help in sketching its graphs.  This property is called the asymptote.

An asymptote is a line that the curve gets very very close to but never intersect. There are three types of asymptotes: vertical, horizontal, and oblique. In this post, we discuss the vertical and horizontal asymptotes.

In the graph above, the vertical and the horizontal asymptotes are the y and x axes respectively.  In the remaining part of this post, we will use mostly rational functions to illustrate asymptotes.

above has a vertical asymptote . As x gets closer to 0 (try moving the mouse pointer from right to center or from left to center along the x-axis and observe the value of

either goes very large or very small (negative). From the example above, clearly, anything that makes the denominator of the rational function close 0 is its vertical asymptote. Also, some functions have more than one asymtpotes such as the one show below. 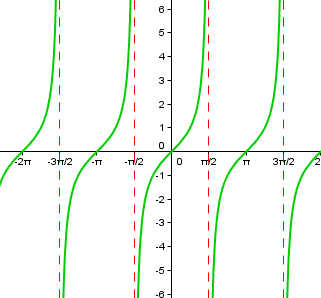 Note to Students: The study of horizontal asymptote is easier if you have already discussed limits.

if the the degree of

is less than the degree of

.  For example,  the rational function

becomes larger and larger. In limits,

If the degree of

becomes larger and larger. The term that will be left are those with the highest degree. For instance,

has a horizontal asymptote

These types of asymptotes will help us more determine the appearance of the graph of the function that we are trying to sketch. In the next post, we will discuss oblique asymptotes.

By the way, a more detailed explanation about asymptote can be found in Mathematics Concepts Explained.