= 10:00 – 8:00.  This is shown in the figure below.  This is equivalent to 50 km/2 hrs or 25 km/hr. From the computation above, it is clear that the interpretation of the slope of the secant line is the total distance over the total time or the average speed. 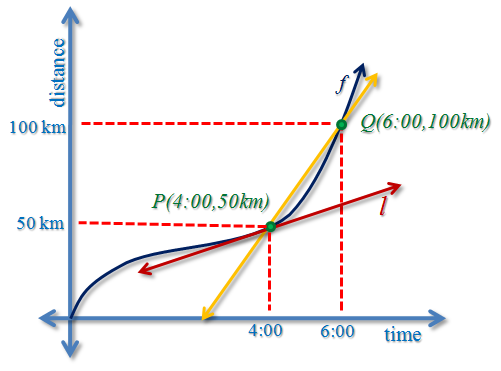 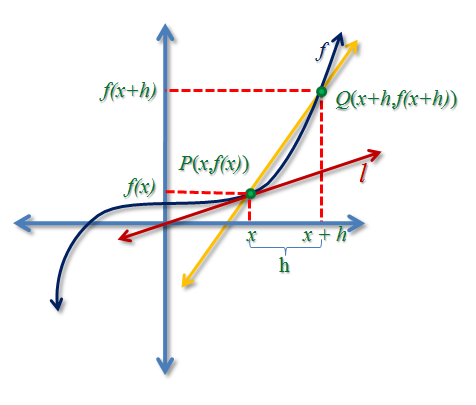