Pythagorean Theorem, Distance Formula, and Equation of a Circle

In my Algebraic and Geometric Proof of the Pythagorean Theorem post, we have learned that a right triangle with side lengths

, the sum of the squares of

is equal to the square of

. Placing it in equation form we have 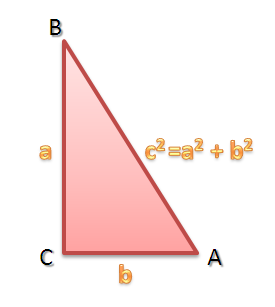 If we place the triangle in the coordinate plane, having

respectively, it is clear that the length of

and the length of

.  We are finding the length, which means that we want a positive value; the absolute value signs guarantee that the result of the operation is always positive. But in the final equation,

, the absolute value sign is not needed since we squared all the terms, and squared numbers are always positive. Getting the square root of both sides we have,

is the distance between

, and we call the formula above, the distance formula. 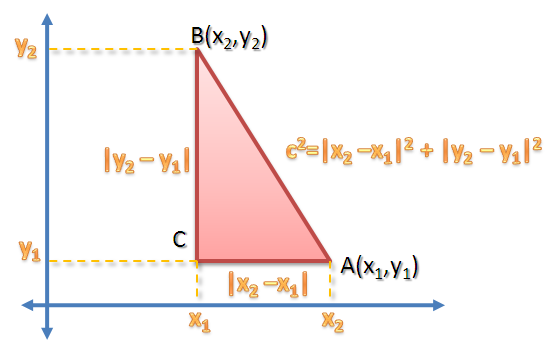 If we want coordinates of

are variables and the distance of

forms a circle. If 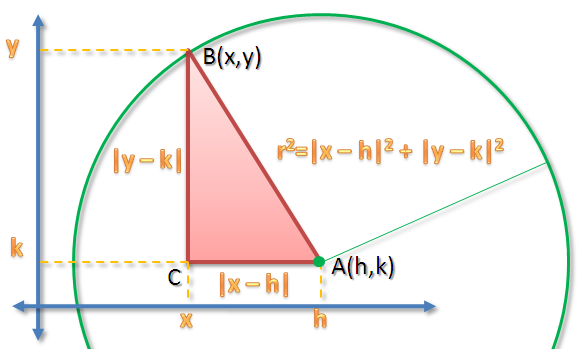 Observe that the two  equations above are all of the same form, they are all consequences of the  Pythagorean Theorem.  The examples are probably very elementary, but it shows one of the rare beauties of mathematics — the strong connections between and among different concepts.