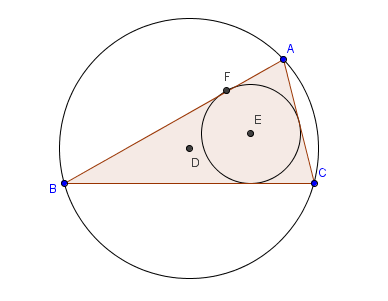 In doing the tutorial, we learn the following:

The output of the tutorial is shown below. You can explore the applet by dragging points A, B, and C.
Now, let’s begin the tutorial.

2Of course, you can click any of the two vertices, not just point A.

3This is because the line tangent to a circle is perpendicular to the radius at the point of tangency F.