Did you enjoy the video? If yes, kindly share it to your friends.

Properties of Addition and Multiplication of Real Numbers

In this post, we formalize our knowledge of these properties of real numbers and add two more to the list: the identity and inverse properties. Notice also that almost all properties under addition have their corresponding equivalents under multiplication. END_OF_DOCUMENT_TOKEN_TO_BE_REPLACED

Military drills and the closure property of real numbers

In military drills, we are familiar with the commands that let the soldiers face or turn to certain directions. Left face (sometimes called left turn), right face, and about face are probably the most common commands used. If we are facing north, a left face would mean turning left 90 degrees, which means facing west. In the following discussion, we will agree that our starting position is  facing north. We will call this position, the standard position. 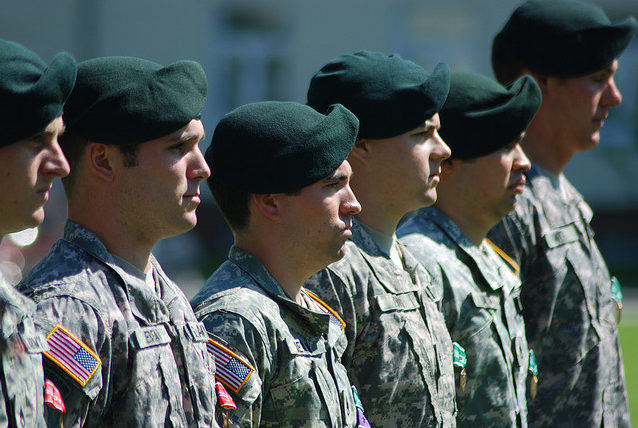 Let us represent the turns with letters:A for about face, R for right face, and L for left face. Notice that whatever combination of turns we do, L, R or A, the result is confined to the four directions. An R followed by an A is equivalent to an L (facing west) with respect to the standard position. Likewise an L followed by another L is equivalent to A.We will to denote our starting position P as reference; it is  not turn command, so if the soldier is not facing north (see second figure), a  P will just mean that the soldiers remain in their current position. END_OF_DOCUMENT_TOKEN_TO_BE_REPLACED