Increasing and Decreasing a in the linear function y = ax

In the previous post, we have learned the effect of the sign of a in the linear function

. In this post, we learn the effect of increasing and decreasing the value of a. Since we have already learned that if

, the graph is a horizontal line, we will discuss 2 cases in this post:

Let us consider several cases of the graph of

. Let the equation of the functions be

, respectively. As we can see from the table, for the same

is increasing faster than

is increasing faster than the increase in

Leave a comment linear function, slope of a function

This is the 17th tutorial of the GeoGebra Intermediate Tutorial Series. If this is your first time to use GeoGebra, I strongly suggest that you read the GeoGebra Essentials Series.    In this tutorial, we are going to use slider control a, b, c, d and e and graph the function f(x) = ax4 + bx3 + cx2 + dx + e.

We then  construct a line tangent to the function and passing through  point A and trace the graph of the point whose x-coordinate is the x-coordinate of A, and whose y-coordinate as the  slope of the tangent line. We compute for the derivative of f(x), and see if  there is a relationship between the trace and the derivative. If you want to follow the this tutorial step by step, you can open the GeoGebra window. Before following the tutorial, you may want to see the final output. 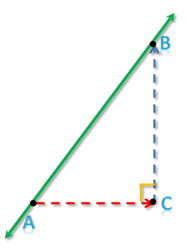 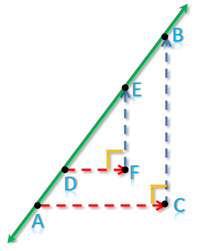